I’ve often compared addicts to children and now that I have children of my own, the analogy has become all the more colorful (won’t say “nuanced” as it annoys the shit out of me) and appropriate. If you are a parent, then you will know exactly what I’m talking about… specifically the torture of, say, trying to go out with a 1-year old and a volatile 3.5 year old (at the same time).

The torture begins at the mere mention that we have to go out to run errands, especially since toddler was only on his 2nd hour of Paw Patrol re-runs. “Awwww, Nooooo!!!! I don’t wanna, I don’t wanna, I don’t…!!!!” “Come on, honey, you gotta get your clothes on… please stop running away… please stop kicking me incessantly… please stop punching me in the f’ing face…” – fresh diaper, baby clothes, socks, baby shoes, shirt, pants, socks, shoes, coats, hats, mittens, diaper bag freshly packed with extra diapers, wipes, cloths, snacks, sippies, toys, change of clothes.
Then you need to actually get in the truck and engage in the modern-day PC definition of child abuse to get your toddler strapped into his car seat. With two of them, not only do the endless needs weave back and forth, but they often become simultaneous, and that is when I could happily drive to the asylum and commit myself for what would be the equivalent of a Caribbean vacation.

Toddler sees that I have a Patriots hat on and immediately starts freaking out, ripping his winter hat off and hucking it at me, screaming at the top of his lungs that he wants his Patriots hat, which is, of course, back upstairs. Leave them in truck (felony), run to back door, unlock back door, run upstairs, unlock back kitchen door (take off shoes so wife doesn’t murder me for tracking in some mutated and no doubt lethal bacteria from the street) run upstairs to his room to grab his hat, run back down, put shoes back on, etc. etc. By the time I get back down, I’m sweating profusely, so I take off my Patriots hat, and now he doesn’t even want the fucking hat anymore, so I put my hat back on so he’ll want it again, but he’s already onto me and starts whining incessantly and then screaming like he’s possessed by a demon for absolutely no reason.

Having left the baby as well, her passie had long ago fallen out, so she was also in tears and screaming. I get out of truck and run around to open her door when maybe 20 things fall out – half-empty coffee cups (that open and spill all over me), all the toys I tried to distract her with that she’s thrown out of her seat, both of her passies (which fall into a pile of dirt and need to be cleaned ((upstairs again))), bills, napkins, you name it.
Finally, she gets her passie back and calms back down, but now toddler is screaming again that he’s hungry, so I pull out snack but he doesn’t freakin’ want crackers, he wants a freaking oat bar, which is the one snack I didn’t bring. I tell myself not to cave, but you see, nobody will shut the fuck up, so I justify running back upstairs for the sake of some potential, albeit momentary, peace and quiet so I don’t actually go insane. 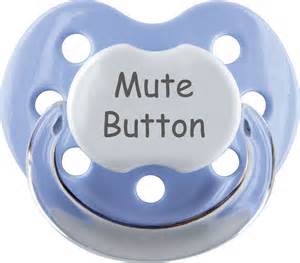 Oat bar in mouth and we’re finally off… until the moment I pull out. Passie has been thrown again, oat bar has been dropped, and everybody starts screaming and whining all over again, with renewed vigor and demonic overtones. Plus toddler doesn’t like the music I put on… he wants Dave Matthews instead but can’t really pronounce it and I have no idea what the fuck he’s asking for and each time I say “What, honey?” he goes into a fit of rage/sadness/anxiety/not feeling heard blah, blah, blah…

So… doesn’t that remind you of a fucking addict? The endless needs of an addict are living proof that my theory is correct. Addicts are simply children in adult bodies who have/are refusing to grow up, which of course means a) taking care of themselves, b) supporting themselves and c) not feeling comfortable 24/7. Oh and yes, you do have to wipe your own ass now. Sorry.
Case closed. Recovery is simple. It’s called growing up. And if not, then we should at least suck our thumbs so people wanting to get into relationships with us can identify who we are before taking that masochistic plunge 😉

P.S. About the J. Hari speech, he should talk to some parents. Do you know how many addicts were thoroughly loved and nourished and supported and still mutated themselves into junkies? Trust me, most of us are pathologically selfish and completely preoccupied with our comfort.