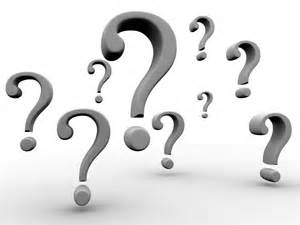 From Why Alcoholics Hurt People:

I’ve tried all the recommended things to help my husband give up his alcoholism, but none seem to work at all. I recon use that he needs to acknowledge his need to change and be ready for that. He has acknowledged that and in our 3 year marriage we have had two 5 week stints where he has had a good go at giving up… I just wonder what it is about the 5 week mark that triggers a relapse though? Could be coincidental. Anyway, I have always been a happy person and I love the sober version of my husband, but hardly ever see him. Consequently I feel really lonely. I try to talk to him about what he needs from me to suppirt him in giving up, what are the hardest times for him and how can I help him through? I’m not the enabler type as I don’t play well with victim mentalities. I can dish out the tough love where/when needed too. I’m sick to death of all the advice about not saying this to the recovery alcoholic and not saying that… Having to walk on eggshells in case you do/say something that provokes a relapse… What about their nasty, thoughtless words spoken when drunk that they suffer no consequences for because there’s no recall or very poor accurate memory of saying their hurtful words? We remember and carry this because we weren’t pissed! The hurt is then exacerbated because the alcoholic minimizes the hurtful words/actions and makes out like we are exaggerating and won’t be convinced otherwise…. When does the alcoholic have to stop and think about how their words and actions are causing destruction to those around them and it’s NOT ok!!!! I don’t care if you’re pissed, it’s not OK to be hurtful! Yes alcoholism is such a selfish thing in so many ways. I seem to attract them. Why? I’m a hard working sensible person. Why do I attract people who can’t get their shit together and be responsible? I wish I could depend upon someone for a change, but I can’t if I didn’t step up to take care of all the important responsibilities everything would be up the creek! I’m so tired, I feel so lonely and I’m weary of feeling like beer is a much better option than me…. I feel so rejected. What now? What haven’t I done or not done?

Bless you and thank you for writing and sharing your experience so honestly here. As far as trying to help and recommend things to an active alcoholic, I wouldn’t waste your energy, especially as it robs you of nourishing yourself and all of the responsibilities you have.

For one, alcoholic types don’t listen to anybody, but especially to loved ones. If he eventually decides to change, he will most likely only listen to another alcoholic, someone who uses and thinks the way he does, someone who is as pathologically selfish as he is but who has gotten outside of himself and recovered, someone who has something he wants (internally).

Of course, alcoholics also tend to see the defects in people as opposed to the good, but this is simply a projection of his own self-loathing… but don’t feel bad because self-pity etc is just another form of selfishness and immaturity, and it is self-imposed. Never feel bad for a pity pot.

About the 5-week mark, you need to understand that the physically sober addict is still completely insane and suffers from the mental obsession – recurring thoughts or ideas (about using) that do not respond to ration or reason. So he is walking around subject to relapse at any point and for no reason until he is restored to sanity. And think about it. After 5 weeks, someone who cannot live or accept life on life’s terms, who like a child cannot accept that human life involves discomfort, well, after a few weeks the novelty of sobriety will wear off and he will stop caring as the restlessness, irritability and discontent/depression set in. He has no solution and no active/real spiritual life and so he will drink again.

At any rate, do not ask what you have or haven’t done, as you will never be able to change him. If you give anything to anybody, give it to yourself. If the situation is very toxic, you need to assess that seriously. As well, I wouldn’t make getting better a choice. If he really loves you and doesn’t want to lose you, he will get better, and if not, then he doesn’t deserve you (see A Message to Parents & Spouses). That’s how I see it. You see, we alcoholics who are not really better simply manipulate love and support, so do not shower him with privileges etc. If anything, I would get tough and set an ultimatum and then honor that.

Finally, on the left side of the blog under “Pages” there is a link to a post, “Posts Geared for Parents, Spouses & Codependents”, which addresses a lot of this stuff, so start there, and remember, peace can only be found in letting go, so don’t torture yourself trying to force your will, as it is a fruitless endeavor. Ultimately, we can only change ourselves, and perhaps elicit a local ripple effect from the source of change.

God bless you. I will pray hard for him, and for you and your family today.